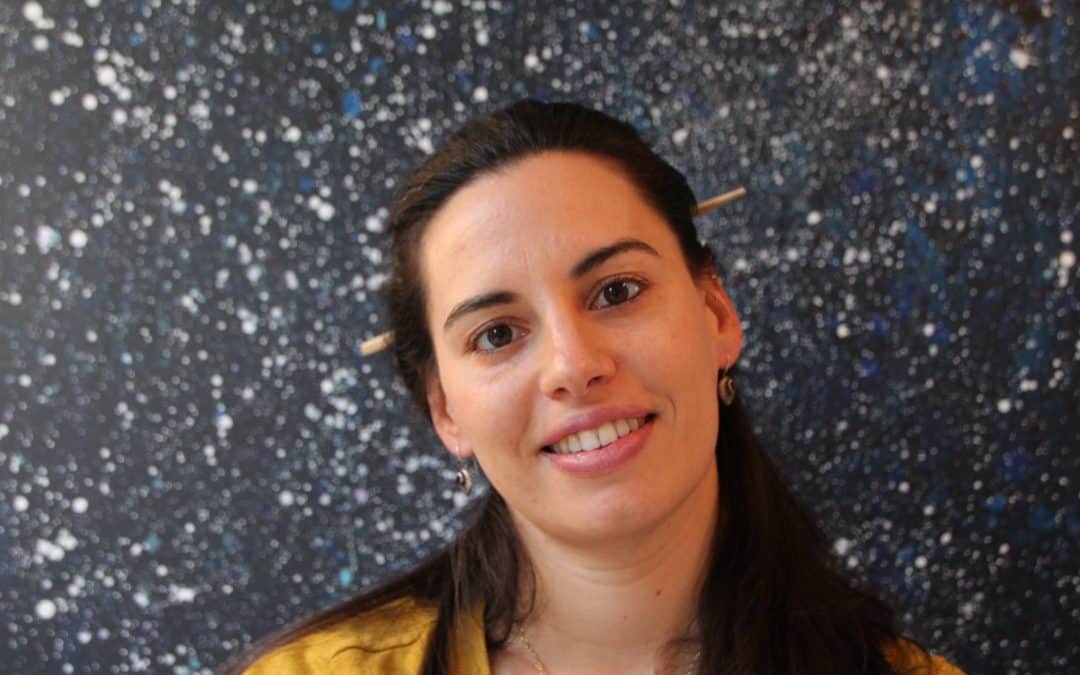 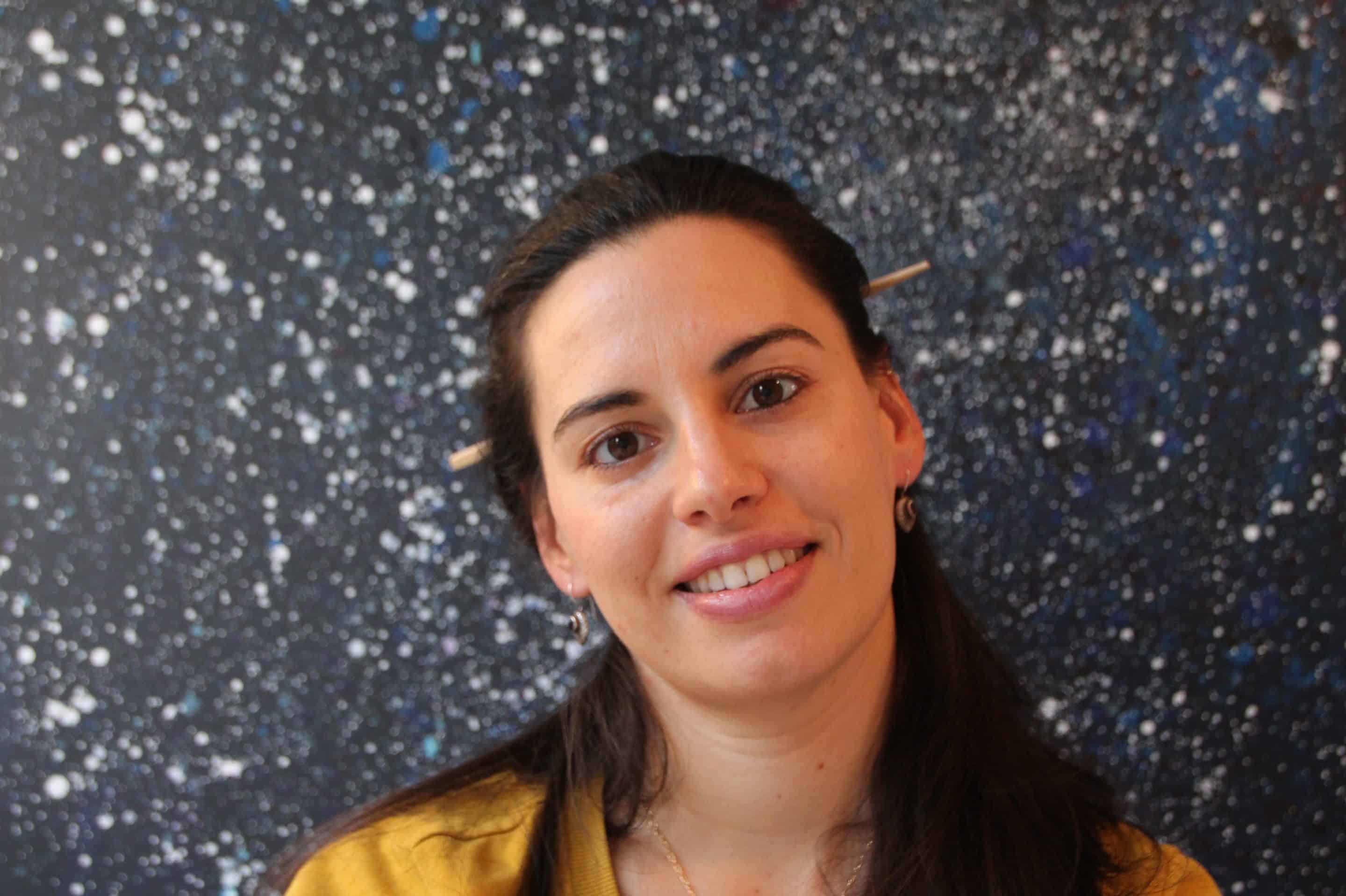 ‘It’s very interesting to interview me about freedom. I am quite a free person and usually don’t care what other people say or think about me. In Portugal, everybody talks about everybody. Portuguese have opinions about everything. A few years ago I discussed it with my mum and explained that when you live abroad, you have to make your own decisions. It’s very annoying that when you return, your family tries to interfere again. This talk really helped, my mum stopped doing it. In Portugal, it’s very important to fulfill the expectations of your family, like finding a regular job, marry and have children. Parents get anxious when you don’t follow the ‘rules.’ They can’t deal with it and start giving all kinds of advice. It’s really a Portuguese mindset, probably because of the dictatorship which lasted until 1974. Also, we are a small and isolated country in a far corner of Europe, with a strong Catholic tradition.’

Was this the reason you left Portugal and started to travel?
‘Partly, when I graduated Portugal was in the middle of an economic crisis. The lack of work, restricted me to obtain my goals. To me, freedom is to be able to realize your intentions and find your purpose in life. That was difficult in Portugal, with all the restrictions of our culture and the economic crisis on top of that. I studied art conservation, but after a few years working in my field, I had to work again in cafés to make a living. Then I got the chance to work in a museum in Oman, where I lived for three years.’

Oman seems a strange country to find freedom
‘Freedom is definitely a subject in Oman. As a woman, I had to wear a scarf and never felt comfortable walking alone on the streets. Oman has no public transport, so I always had to take taxis. That restricted my freedom, till I had my car. At the same time, I felt very free. Oman has this long deserted coast. Every weekend I would go to the beach with a group of friends. At the beach there was complete freedom, we camped, made fires and partied. It was in the middle of nowhere, with no rules at all. Sometimes I still miss it. Nearly everywhere in Europe, camping or bonfires are forbidden now. Even in Portugal, it is not possible anymore. We used to camp all summer on the Southwestern coast.

Because of my job in Oman, I had the means to travel to Bali and do a yoga (Hatha Vinyasa, Restorative and Nidra)teacher training, which always had been my dream. In a way, money did offer me freedom!’

What attracted you to yoga nidra?
‘Yoga nidra liberated me. I experienced emotions that I wasn’t even aware of. Other emotions, I discovered, were related to constricting behavioral patterns. These patterns can be helpful to protect yourself, but can also hold you back. Through yoga nidra I realized, I have this behavior because I have this emotion and this emotion comes from this. I started to develop intentions to dissolve these patterns. As a result, my behavior gradually changed and I started to feel better about myself.’

How does yoga nidra work?
‘You don’t have to dig into your emotions. In yoga nidra you access the subconscious and unconscious mind but are aware at the same time. This way it’s possible to observe yourself in another perspective and bring deeper awareness to experiences then during your daily life. You are completely inside of yourself, there’s nothing else to see or to do. The only thing you can do is observe what’s is happening inside. If you practice yoga nidra regularly, you start to understand more about yourself. This state of awareness starts to be present in your daily life. It really helps me to make better choices.

Yoga nidra can also make you feel naked without all those protecting layers. When people have endured (emotional) pain for a long time, it can be scary to leave it all behind What will fill up this emptiness? That’s why it’s important to develop positive intentions.’

What’s your experience with freedom in the Netherlands?
‘After the teacher training, I traveled for three years and felt very free. I would get a yoga job somewhere in a spa, studio, hotel or retreat center with accommodation and meals included. Then after a few months, I would change jobs and move to another place. For me, it was a big change from our Western lifestyle. But at some point, I started missing Europe. Especially the cultural life, like going to a concert, art exhibition or gallery. In Australia, I never went to a concert. There was hardly anything interesting or it was very expensive. Australian culture is all about going to barbecues and drinking beer. Their aboriginal culture is very interesting. However, this history is not very well known. Nature is amazing in Australia, but even in the outback, there are many rules.

That’s one of the reasons I came to Amsterdam last year. It’s a cultural melting pot for so many things. Amsterdam is small, very cozy and not polluted. Also, my partner is Dutch. He grew up in Australia, he doesn’t speak any Dutch, but his mum is Dutch. He used to have this little sticker on his laptop: get a Dutch passport. So since we met, I already knew we would eventually settle in the Netherlands.

I have to confess that Amsterdam is not as free as I thought. I was used to teaching yoga three times a day in one place and live onsite or nearby. Now I have to run from one studio to the other to teach classes. That’s very tiring. In the first year, you just have to accept everything which is available. Fortunately, I managed to reorganize my schedule and will have more free time from July onwards.

I want to be an example to my students, but at the moment it’s quite a challenge. That’s why I practice yoga nidra a lot. I really need it to calm me down and to reboot. Even when I am teaching, yoga nidra it’s a kind of meditation. I don’t follow a script and tune into the atmosphere of the class. The energy of my students guides me what to say or to do. I want my students to work on themselves, but that can only go slowly. When for instance someone is very agitated and can’t get into the experience of the yoga nidra, I try to create a more relaxing atmosphere. I really have to observe what is happening and adapt my teaching.’

How are you going to spend ‘Bevrijdingsdag’
‘I wasn’t aware that the 5th of May is your day of liberation. Actually, today (25th of April) is the day the Portuguese got rid of the dictatorship. The Portuguese Carnation (Anjer) Revolution was a peaceful one. It’s interesting that it’s possible to obtain freedom without shedding any blood. Portuguese are fighters and conquerors, but at the same time, we try to avoid creating conflicts. The dictatorship just dissolved and most importantly: people became free again.

My grandparents lived 40 years under a dictatorship. I can understand why living according to the rules is still important to many Portuguese. My parents tried not to be influenced by this and gave us lots of freedom. My generation sometimes doesn’t realize that nothing is holding you back to be free. You only have to overcome your own restrictions!’